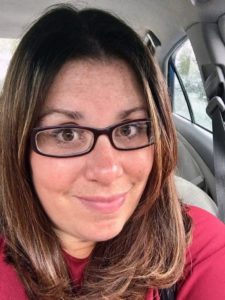 “What is ECEAP?” This is the question that I have been asked countless times and I still get so excited to answer it. While the boring, generic answer would be Washington state’s Early Childhood Education and Assistance Program, I never respond with this because to me, the name does not do the program justice. I would find it more aptly named if it were called A Family’s Second Chance, or just simply Opportunity Early Learning, because that’s what the program has meant for me and my family.

ECEAP is an early learning program offered to impoverished or vulnerable families with 3- and 4-year-olds. My family came to the program just two weeks after I was treated for severe anxiety and depression, and I wasn’t feeling like a successful parent at the time. I thought the least I could do was enroll my kids in a preschool where they could play with other kids, and maybe do an art project that I would not have to clean up after. I never could have imagined how this program would not only nurture and enrich my children’s lives, but mine as well.

I first enrolled my daughter when she was four years old. She had never really been around other children other than her little brother, and I was worried how she would become socially ready for kindergarten. That first year, I was also struggling socially. I tried really hard to keep to myself, and actually thought it would be the best thing for my daughter. The family support person saw something in me that I thought was lost long ago, and she kept insisting I join a parent group in the program where they meet once a month. After a few months, I reluctantly agreed. This was a surprising turning point for me and my depression treatment, because what I soon came to realize meeting with other parents is that we all had similar problems, and that I was not alone, nor was I failing as a parent. Dare I say, I actually felt normal for the first time in a long time.

“When it came time for my daughter to start kindergarten, I was confident that she would not be behind. She was entering kindergarten prepared.”

From there, I continued to become more involved, joined our policy council, and started to volunteer in the classroom. I was actually able to learn what the kids were learning and how staff were going about teaching, which I was able to take with me and incorporate in our home life. I never expected it to be so educational. I guess I had the old way of thinking, that preschool was just about learning ABCs and 123s. When it came time for my daughter to start kindergarten, I was confident that she would not be behind. She was entering kindergarten prepared.

The following year, my son was able to enroll in ECEAP. He had a speech issue and was hardly talking when school started. ECEAP staff pride themselves on early intervention, and the program was able to offer him speech therapy. With his extra help and hands-on homework assignments, my son started making drastic strides in his speech development. It was like a whole new world for him. Along with his newfound speech, he began to have a newfound passion for learning. He wanted to read all the time, he was talking to me about science, and we began playing math games at home. Now, my son is in the first grade and has been tested for the gifted program. His teacher had mentioned to me at his conference that when she is busy helping a student and another student needs help, she is confident in directing them to my son because he catches on so quickly and is so helpful.

I know none of this would have been possible without ECEAP. My daughter, my son, and my life has been forever changed by this program. With continued support from the ECEAP staff, I went on to be a chairperson in policy council, a parent ambassador with the Washington Association of Head Start & ECEAP (WSA), a substitute para-educator for my local site, and currently serve on the WSA board of directors.

Even though my kids have been out of the program for two years, I continue to be a part of the policy council as a past parent mentor. I try and help current parents navigate the program and help with advocacy training. Also, with ECEAPs support and encouragement, I began to believe in myself enough to enroll in college. I am now in the Social Work program at Eastern Washington University. I am going to earn the same degree that the family support person had who planted that tiny seed of encouragement in me. If I can impact one person half as much as my support person helped me, then I would have a happy career. Because of the ECEAP program, my family has become greatly enriched – stronger, happier, and healthier. We are forever grateful.