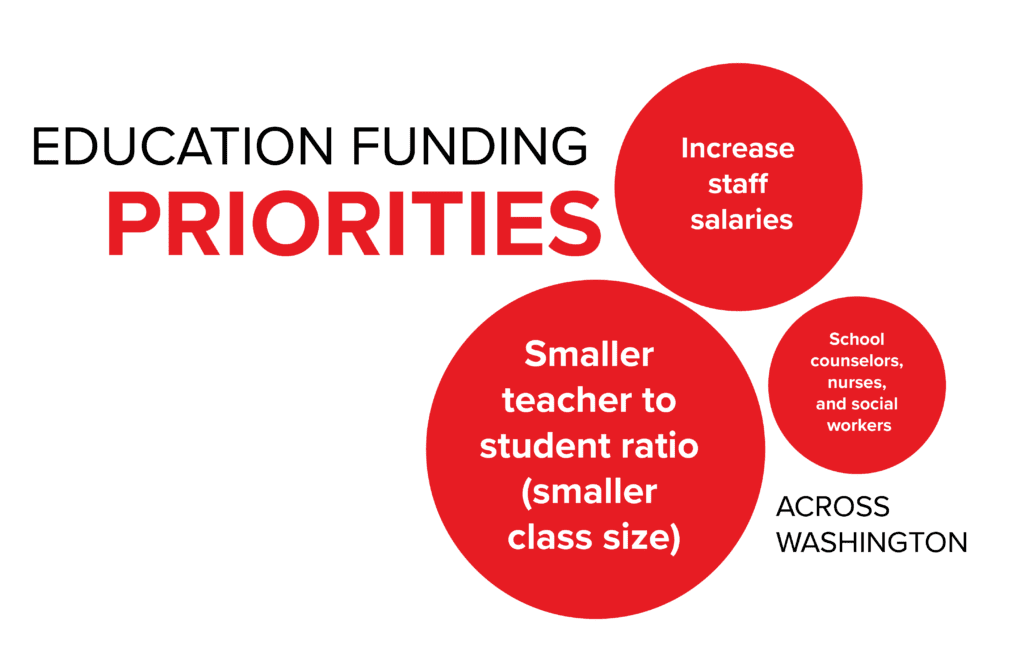 To help direct our work with our community to create positive change in Washington’s education system, we sent out a survey via email and social media channels in May to learn how Washington community members would like state education funding prioritized. We thank the 737 people, from 71 school districts across the state, who submitted responses. While we received responses proportionate to the population of middle to high socioeconomic status school districts, there was a disproportionality for lower socioeconomic school districts. Therefore, we looked at the priorities overall amongst all survey respondents and then parsed out the data based on school districts’ percentage of students on Free and Reduced Priced Lunch (FRPL), a common marker for socioeconomic status, to make sure we were understanding the priorities of our entire state. 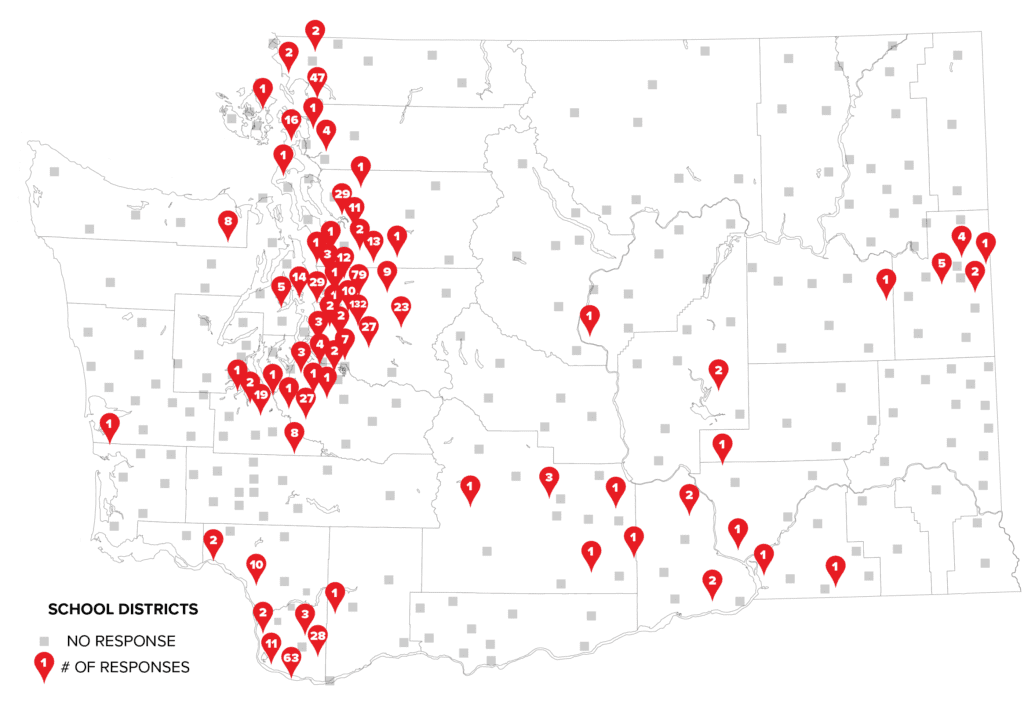 The survey offered respondents an opportunity to rank 16 pre-established priorities, but here we will focus on the top 5 ranked priorities. Across the board, no matter the socioeconomic status of the district, smaller teacher to student ratios, or smaller class sizes, ranked as the highest priority for state education funding. While both staff salaries and school counselors, nurses, and social workers were ranked as either the 2nd or 3rd highest priority, survey responses from school districts with a higher percentage of students qualifying for FRPL placed school counselors, nurses, and social workers above staff salaries. 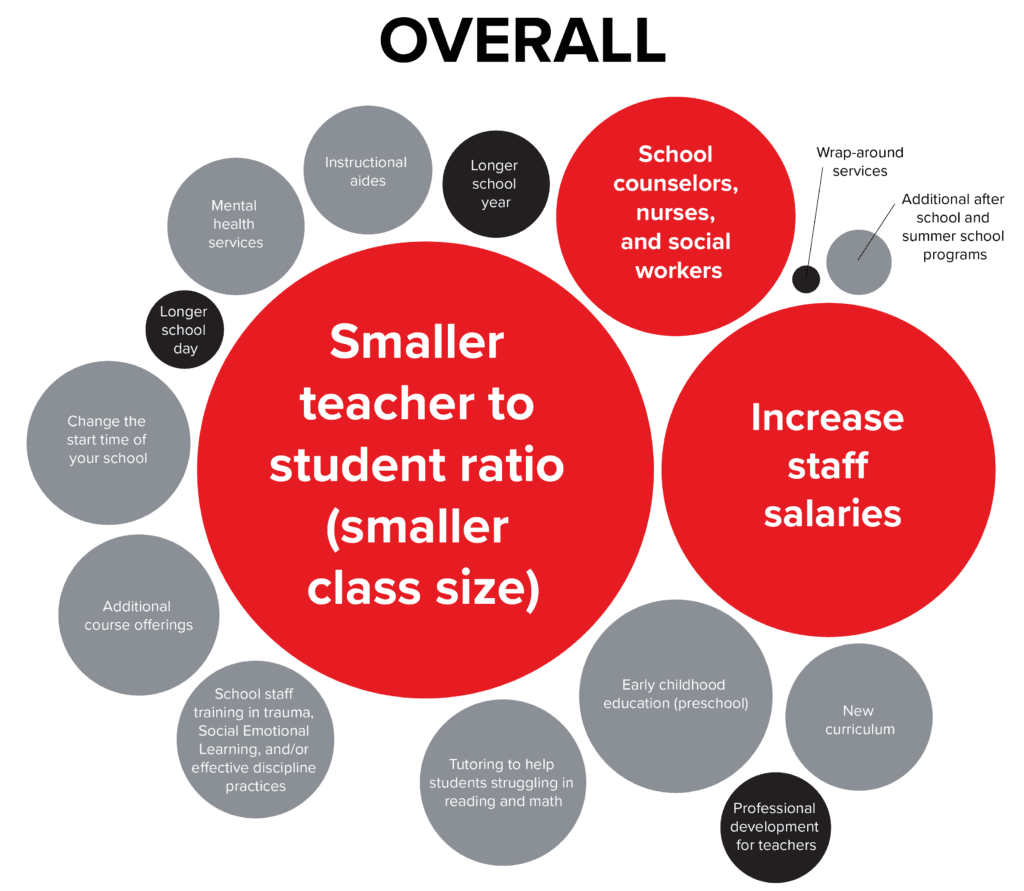 Survey respondents were also offered an opportunity to write in other priorities, which we will share at a later time. If you did not have a chance to complete the survey and do not see your priorities reflected above, please contact us and I will make sure to add to our ever-evolving understanding of Washington community members’ state education funding priorities.