Students of color, low-income students, special education students, and students who are English Language Learners (ELLs) lag significantly behind their peers and achieve at levels below average in Washington state. There has been no clear progress in closing these gaps and, in some cases, the gaps are growing. Funding for public education in our state should include substantial resources focused on addressing and ultimately eliminating these gaps in academic outcomes. There is no “silver bullet” but there are many promising approaches for closing the opportunity and achievement gaps. 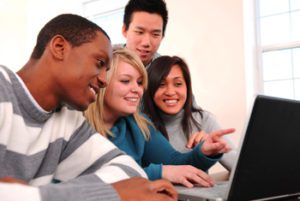 Research has demonstrated the important and lasting effects of brain development from birth to age five. Kids who are behind early on usually do not thrive in school later on. Conversely, students enrolled in an early learning program are more prepared for kindergarten, more likely to graduate high school, are healthier, more likely to be employed and report higher income. They are also less likely to repeat grades, be placed in special education, be involved in the juvenile justice system, and commit crimes as adults.

Studies show that for every dollar invested in quality preschool, we see returns of seven dollars or more. In our state, pre-K costs more than in-state college tuition, making it unaffordable for many families. Unlike higher education, however, early learning does not receive much public funding.

Placing the most effective teachers where the needs are highest

The importance of high-quality instruction is well-established. But in many schools, the most effective teachers are assigned to the highest-achieving students, not to the students who need the most support.

When highly effective teachers transfer from a higher-achieving to a lower-achieving school, student outcomes improve significantly, especially in elementary school. Even with financial incentives for teachers who transfer, this method is more cost-effective than other successful methods (such as reducing class size).

Students of color and low-income students are as likely as their white or upper-income peers to attend schools offering Advanced Placement and International Baccalaureate courses, but they are much less likely to enroll in the courses. Students who participate in these types of upper-level courses have higher GPAs and four-year college graduation rates. Federal Way Public School District increased the number of low-income and minority students taking upper-level courses by 2.5 times over a four-year period while keeping exam pass rates stable. During the 2013 legislative session, the League of Education Voters worked with community partners and advocates to pass legislation (HB 1642) encouraging school districts to adopt academic acceleration policies.

Research has shown that different learning conditions can have better outcomes for children from some cultural backgrounds than others. Research also suggests that strategies that make learning more relevant and more personalized for students results in improved academic outcomes and may be more effective than strategies such as using rewards and punishments.

The percentage of Washington students served in special education increased by more than 75 percent between 2004 and 2013. The percentage of students with a language other than English spoken at home almost doubled in the same period of time. More than 1 in 5 schools in Washington have 10 percent or more students enrolled in the Transitional Bilingual Instructional Program. Despite this high and growing need, fewer than 200 teachers graduated with an ELL endorsement in 2010 from a Washington state university teacher-credentialing program. All educators should be supported so that they have the skills and tools necessary to teach all of our children.

Students can’t learn if they aren’t in the classroom. Every year, thousands of Washington students are excluded from school. Higher rates of suspensions and expulsions lead to higher dropout rates, increases in grade repetition, and a rise in incarceration rates. Students of color, low-income students, and special education students are disciplined at higher rates than other students.

During the 2013 legislative session, we worked closely with community partners and advocates in a statewide coalition committed to transforming school discipline policies. In convening this coalition, we helped pass Senate Bill 5946, which makes discipline data public and keeps more students in school by limiting the number of days students can be removed from class.